Everything You Need to Know About Runtz

And it’s happened to Runtz, Leafly’s 2020 Strain of the Year and one of the most popular strains to come from California. As it rose in popularity, so did counterfeit packaging, bags, and vape cartridges. You can learn more about how to spot counterfeit Runtz packaging here, but in the meantime, we’ll explore everything you need to know about Runtz.

It's a fruity hybrid.

Runtz is a rare hybrid cannabis strain by Cookies. If you like Zkittlez and Gelato, you’ll love the incredibly fruity flavor profile of Runtz, which is a hybrid of the two massively popular strains. Its visual and aromatic appeal can be traced directly to its parent strains, especially its deep purple color, resulting from the anthocyanin and terpene content found in both Zkittlez and Gelato.

The strain is described as having a tropical, sugary scent that smells more like candy than cannabis. The “fruit salad” aroma comes from its terpenes, the compounds that also contribute to the strain’s delicious flavor. Available in white and pink varieties, Runtz is rare and incredibly potent. 67% of Leafly reviewers claim Runtz makes them feel calm, but we’ll dive more into that later.

It has ties to the rap scene.

There are many commonalities between Runtz and Cookies, and one of those is their shared use of music as a marketing tactic. Rapper Yung LB made music with Berner in the past, and through his campaigning and dedication to the brand, he helped create a massive wave of popularity for Runtz. Yung LB is a Los Angeles-based rap artist, who comes from a long line of West Coast cannabis rappers from Long Beach, CA. Take one look at his Instagram and you can see for yourself his love for Runtz. With songs like “Oboma Runtz,” “Runtz Yo Life Up,” and “Runtz World”, it’s clear to see that he’s all about that Runtz life.

Per Cookies, Runtz came from the Runtz crew, composed of “Ray, Nick, and Yung LB.” They used the recipe Berner spoke about to build their own platform to launch Runtz, with Yung LB first debuting the strain at the Emerald Cup in Santa Rosa in December 2017. 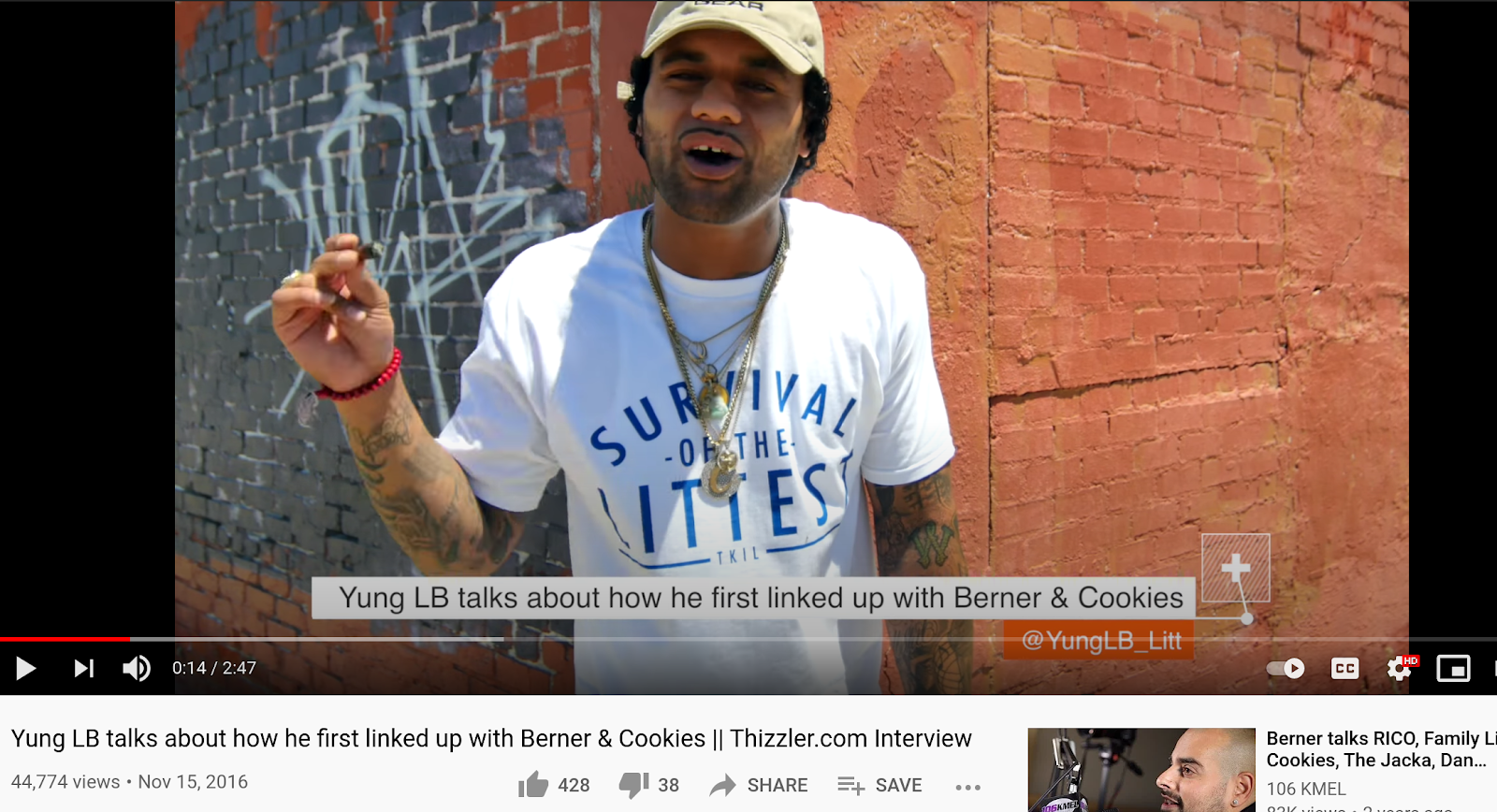 In the video above, Yung LB talks about his association with Berner and Cookies. To view the full video, click here.

Another famous member of the Runtz team is the rapper Nero. He's the creator of the White Runtz strain, which is hugely popular among some of the most popular rappers, including Future and Berner. Not only are Nero and Yung LB great rappers, but they’re savvy businessmen who helped put the Runtz name on the map. Without their interest and promotion, Runtz never would have caught the attention of the Cookies brand and become the household name it is today.

Yung LB’s catchphrase is “Runtz up yo life!”, and per Genius.com, over 100 rap songs use the word “Runtz” in their lyrics. It’s safe to say that Runtz and the rap scene go together like Gelato and Zkittlez.

Speaking of Leafly, “phenomenal quality, soaring demand, and a meteoric rise in pop culture” made Runtz their Leafly Strain of the Year in 2020. Being a relatively new strain (it’s barely three years old!), its popularity reached phenomenal heights in a short amount of time. Here’s more on how Leafly uses data and science to select their Strain of the Year:

Once they review the data, crunch the numbers, and evaluate a strain’s popularity, they officially choose a Strain of the Year. Previous Strains of the Year include Gelato and Wedding Cake, so it’s safe to say that Runtz is in good company!

Its effects are anything but mild.

As previously stated, Leafly users have lots of nice things to say about Runtz: 67% report feeling content, while 52% report positive feelings. More than half feel relaxed, and others feel uplifted and talkative. Since you can buy different versions of Runtz (namely White and Pink, but also Obama and the upcoming Azul), it’s difficult to state exactly what patients can expect. Most claim it provides a soothing high, but the intensity may vary depending on the THC content (Runtz strains range from 19-29% THC.) Because of the almost even mix of indica and sativa, Runtz strain can be used for:

Runtz is rumored to pack a punch, so speak to your budtender about your history with cannabis use, and he or she can help determine if Runtz is the right choice for you.

Its secret is in the terpenes.

Runtz may be high in THC, but its secret lies in its terpenes. THC powers cannabis’ various effects, but terpenes modulate the high, making it multidimensional rather than singular and short. The top three terpenes in Runtz lab samples are caryophyllene, limonene, and linalool. Caryophyllene is responsible for Runtz’s citrusy, sweet flavor; limonene contributes to its gassy, fuel sensation, while linalool adds a berry complexity to the strain. This terpene combo is so dominant, it has actually become a criticism of the strain. But trust us, it’s a combination you absolutely have to try for yourself.

How to buy Runtz

As mentioned above, there are tons of Runtz imitators on the market. So how can you tell if you’re getting your hands on the real thing? Fortunately, it’s as easy as purchasing from a licensed Cookies partner dispensary. And now that Runtz is part of the Cookies fam, you can expect to see more varieties of Runtz in states where cannabis is legal.

CULTA is hard at work to bring its patients Runtz, and in the near future, you’ll be able to purchase White Runtz, Pink Runtz, and Azul Runtz from CULTA. White and Pink are both phenos of Zkittles x Gelato, while the specifics of Azul are still strictly under wraps. Head to our flagship dispensary and speak to one of our budtenders for the latest on Runtz, and keep an eye on our social media for an official announcement on when you can get your hands on this elusive strain. 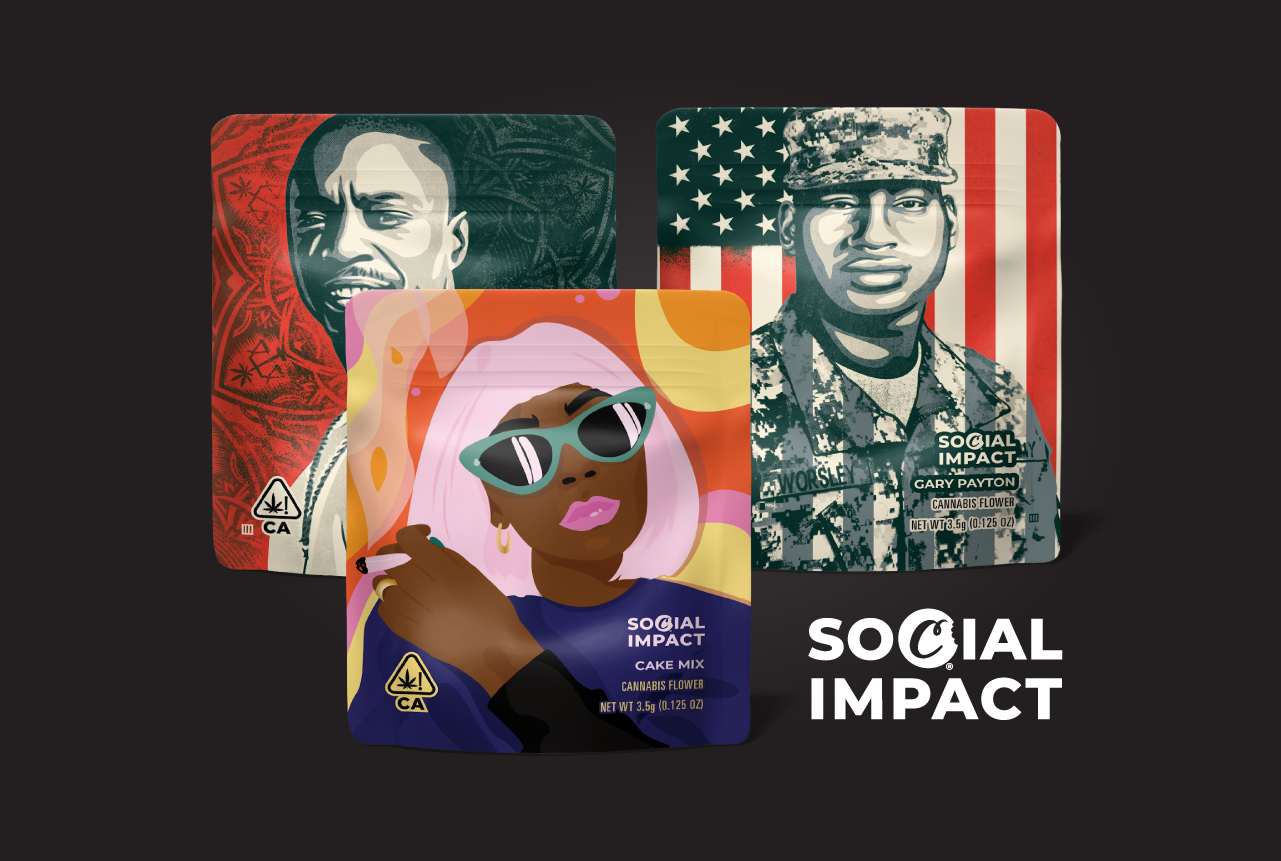 In anticipation of our 16th Cookies drop, we sat down with Amanda Friedmen, the Social Impact Manager at Cookies, to learn more about their social ...

This article was originally published in April 2020. In this interview, Renier Fee, the Senior Director of Marketing at CULTA sits down with Berner's ... 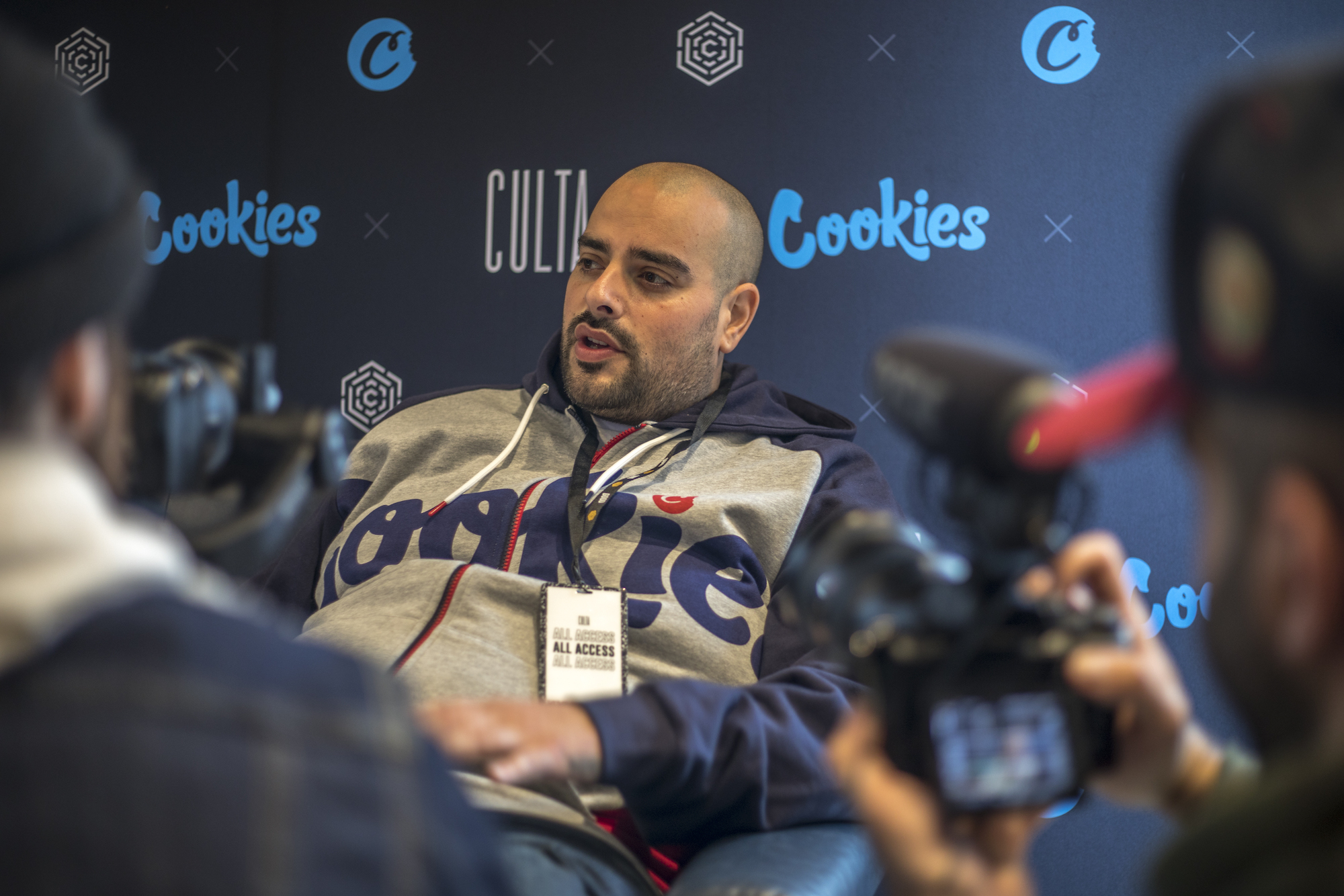 This interview was originally published in September 2020. For Cookies drop #10, our marketing guy Renier Fee decided to bring it full circle and ...