Chris, it's a pleasure to meet you. Thanks for making time for this interview.

No worries man. Thanks for getting a hold of me.

When I started, my first sponsor was Venture trucks, and then I started to get boards and boxes from Dogtown at the same time, which was around '88 - '89. That’s when Dogtown was on its way out. And then it just shut down like maybe in the early '90s, and then from there, I was with New Deal for a while. I started to get wheels and decks and everything and then I went pro for Underworld Element.

You immediately got attention because you're an East Coast guy, which was sort of a rarity then, and you were also a tech wizard. And in reviewing the footage, the manny to impossible and the bigger flip still amaze me. You essentially put Pulaski on the map. What did it feel like to have this underground scene in DC suddenly blow up?

It was good man. It was kinda crazy to see yourself in videos and whatnot, there was a lot of people skating with me that were just as good and pushing the scene, but it was definitely a good time and a good feeling.

Why is Pulaski one of the greatest skate park plazas?

It's so wide open, very hard marble surfaces, great ledges. It's a good place for everybody to get down and learn stuff and have fun.

How does Pulaski stack up against Love in your mind?

Very similar. Both are in downtown areas. I skated Love a few times, I've never really spent a ton of time there, but they’re very similar. I bet Josh [Kalis] and all of them definitely think that's the greatest place on Earth, which I understand.

What's the craziest trick you saw go down at Pulaski?

There's been so many that are just crazy. Recently, I think that guy Johnny Layton, ollied the double white walls. That was definitely crazy. But back in the day, watching Sean Sheffey skate Pulaski was probably the most groundbreaking, because every single thing he did back then, we had never seen before, because he was skating the ledges like they were curbs, and that was something that nobody had ever seen. He would do backside tailslides on the regular ledge and it was groundbreaking at the time.

Were you friends with him or was he a generation older than you?

No, he was the same generation. I was good friends with him. I filmed his first part for Santa Monica Airlines, and after that he blew up and moved to Cali.

You filmed the lines where he's at Archives and at Pulaski on the small ledge?

A lot of the New York City guys, Jeff Peng, Alyasha, Pepe Martinez, people like that. Brian Tucci. They were all my influences.

Underworld Element morphed into something big and got acquired by a surf company, Quiksilver, and they had one of the most successful skaters, Nyjah Huston, riding for them. Part of me thinks that you had a big part in the commercial success of this company. It's all because of you.

I mean, I maybe had a little bit, but they have some incredible riders. Nyjah is an absolute killer.

I think Johnny Schillereff needs to pay up, son.

Your 1993 pro board with Underworld Element was the "Cypress Hall". Do you remember that one?

Was that an ode to the hip-hop group or cannabis?

More to the hip-hop group, because they just came out, I believe, like around the same time as that, so it was super popular group, and it just kind of fit in, so that was more the group, but I can see it being taken both ways.

Did you have a lot of say in designing your graphics or were they given to you?

It was both. That one there, I think was given to me, but you know, I helped with quite a few.

Among all your pro models, which stands out as your favorite?

The Champion logo one.

Does it surprise you that the Champion brand has now come back again to be super popular?

Not really. That's super classic hood shit. Everybody likes that. It's kinda like Timberland.

Cannabis has gone mainstream, and skaters like Stevie Williams, whom you know from back in the day at Pulaski, he was on the Weedmaps’ skate team. Tony Hawk has a CBD brand called Canna Hemp X. Does it trip you out to see the commercialization of skateboarding and cannabis? Did you ever think that you would see that in your lifetime?

No, not really. I mean, I'm all for it. If it's beneficial to people, then that's great. It's definitely a positive.

After skating you got into filming. “Prosperity” and “Get Familiar” were cool video projects because of the prominence of DC skaters like Pepe Martinez, Andy Stone, John Igei, Bobby Worrest, Darren Harper and Zack Lyons. What is your fondest memory of that period?

It started out filming Darren Harper, we were trying to just really make a promo surrounding him, and it just kinda snowballed into a giant project, but just filming with everybody was a 24-hour, two-year, everyday hustle. It was just fun filming with Donny Barley up in Rhode Island and Connecticut. We went on road trips all over the country, me, Darren, Zack, Jimmy Pelletier. It was fun.

Donny used to skate at Pulaski. I remember buying merch out of this trunk at Pulaski, so I know he used to come down to skate there.

Some of these OGs are still at Pulaski every weekend tearing up the spot. Bobby is still there. Darren, Pooch, these guys are filling their clips on IG every day. What do you think about that?

I love it. It's extremely motivating just to see them out there. I love watching Darren learn tricks. I didn't know how far he was gonna take it or how much he was gonna love skateboarding but you can definitely tell it's a love of his.

What does he call himself? The “Obama of Skateboarding.”

People think of you as the Godfather of Pulaski. How does that title sit with you?

I like it but, if anybody's OG, it's Brian Tucci. He was definitely the originator.

Tucci's still out there skating!

He's got his own brand, his own board company. I don't know if you follow him on Instagram but he's got some really great beats and we're trying to do a project with him right now. It's under wraps. I want to include these legends in any skate projects that we do to pay homage to the history of the city and the sport.

Nice. Yeah, he's definitely one of the kings out there and doesn't get the respect he deserves.

I remember Pep skating in Timberland boots and that caused a stir. Did you ever pop any tricks in some Timbs?

Not really on purpose but yeah, I remember skating some... I think it was Shred for Mike up in New Jersey which was an event for Mike Cardona, Quim Cardona's brother. I remember skating in Timbs there and it's fun but it's definitely challenging. I've seen other people recently skating with Timbs that are just killing it.

After skating and filming, you got into sneaker collecting, you became a respected sneakerhead writing a monthly column for Mass Appeal. Who were some of the people that you were connecting with, would it have been Bobbito and DJ Clark Kent?

Yeah, Bobbito was a pretty good friend of mine and he's definitely the guy I looked up to. I was cool with Clark Kent too, he's a great guy and has a ton of knowledge in sneakers and hip-hop. I got out of skating and I did the sneaker for a damn long time but then I sold everything I had and then I went back into filming skating.

People freak out over Nike SB Dunks, but why do you think there aren't more vintage skate classics that are prized like Airwalk Enigmas or Vision Street Wear MC14000s?

Just because it is Nike. That's all, it's just Nike is so powerful. It's just too classic and out there. There's money to be made so they milked it perfectly in my opinion.

Are you shocked by the amount of money in sneaker culture?

No, because everybody loves sneakers. If you make some limited shoes, it causes hysteria.

What are you wearing today?

I pretty much only wear Nike ACG boots for the past seven, eight, nine years. That's all I wear. Once in a while, I wear a pair of sneakers but I'm usually in these Nike boots

Now you're into antiques, is there a specific niche that you specialize in?

Early advertising, any subject matter really but signs, displays, posters, that's 98% of what I do.

Are there any similarities between skateboarding and antiquing?

Not really, it's completely different. I have to deal with people that I don't want to deal with sometimes. It's not easy, let's just say that. Skating is a little easier, I would say.

How did it evolve into a career?

Just by seeing the money that can be made from buying and selling is very appealing. And then, once you do it a few times and figure it out where you want to go with it, it's highly addictive. I wouldn't say it's an easy career, it's kind of difficult, but I wouldn't do anything else.

Where can fans view your antique inventory?

You could check that on Instagram, @Chris_Hall_Antiques. You can see some of the stuff that I buy and sell.

You've had so many interesting turns in your career. You're a pro skater, clothing brand owner, filmer, sneakerhead writer, and now an antique dealer. I'd imagine the same sort of twists and turns would have been true for Pep's career. If he were alive today, what do you think he'd be doing for a living?

Last question. What are your goals for this decade?

Just keep moving forward with my business and staying close with my family. That's about it.

Thank you Chris for sharing your history with CULTA.

No problem, man. Thanks again for getting ahold of me. 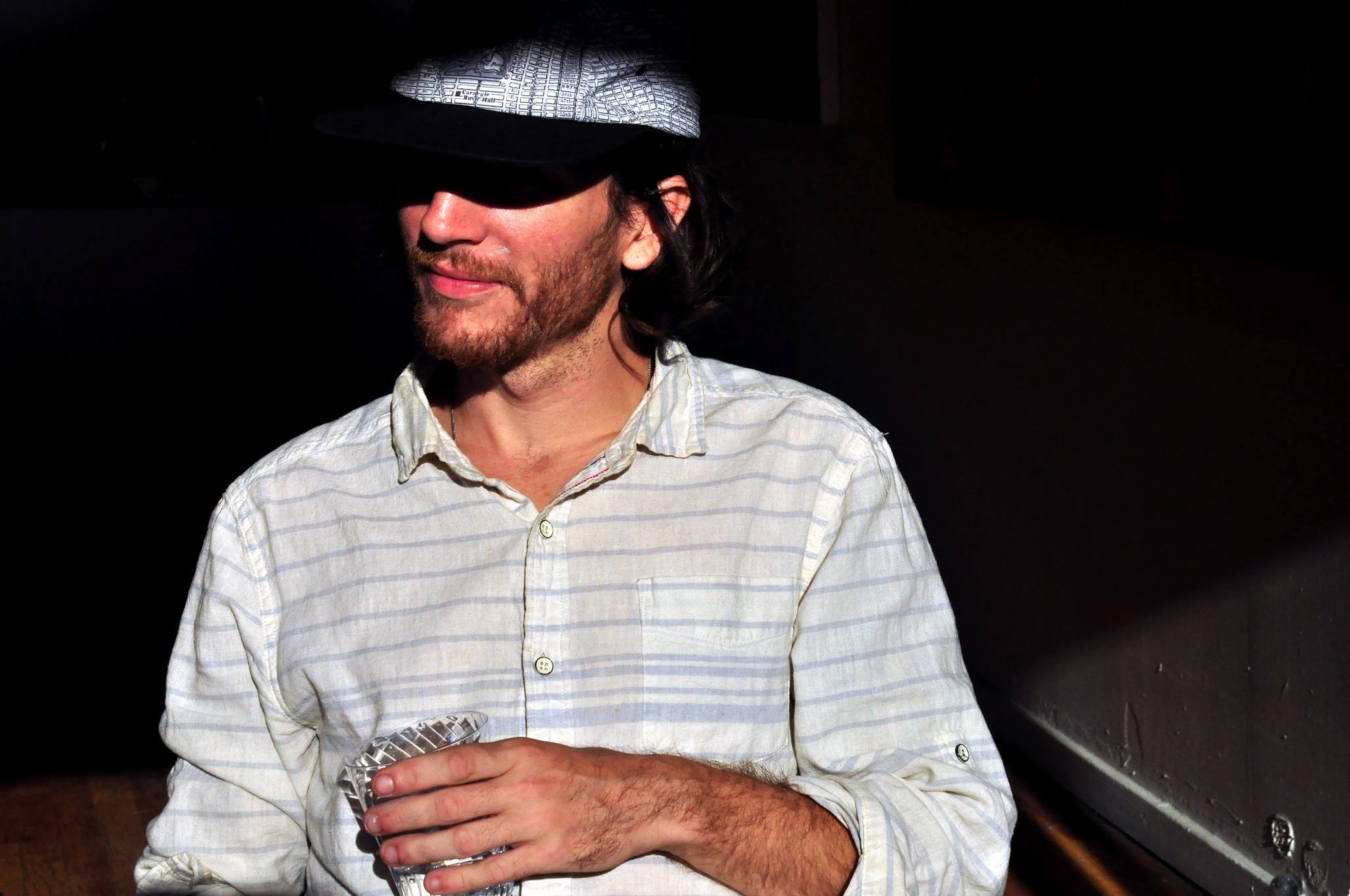 Interview with Ramiro Davaro-Comas, Graffiti Artist and Entrepreneur In 2020, CULTA planned a pop-up event to celebrate the official launch of our ...

Interview with Brian Tucci, legendary DC pro skater & musician Every kid is in search of a group to belong to. My tribe was skateboarding. I found my ...