Did you know that an estimated 40,000 Americans are sitting in a jail cell right now for cannabis offenses? And they continue to sit in prison even as the legal cannabis industry booms, state after state legalizes recreational cannabis (we’re looking at you, New York), and cannabis companies nationwide make profits. These discrepancies haven’t gone unnoticed by activists across the country, including the Last Prisoner Project, a non-profit dedicated to cannabis criminal justice reform.

Read on to learn more about their mission, their advocacy, and where CULTA fits into the equation.

The Last Prisoner Project (LPP) was founded out of a pretty basic belief: if anyone can profit from the legal cannabis industry, they must also work to rebuild the lives of those who have suffered from the effects of cannabis criminalization. The LPP uses a three-pronged approach (intervention, advocacy, and awareness campaigns) to secure full freedom for the communities they serve and believes that anyone who profits from cannabis has a moral obligation to work towards restorative justice.

The Last Prisoner Project is made up of attorneys, criminal justice reformers, advocates, and individuals who have been impacted by cannabis criminalization and works closely with ambassadors to help spread the word. Current ambassadors include comedian Doug Benson, TV personalities Bill Maher and Montel Williams, and former NFL running back Marshawn Lynch. Together, the LPP team concentrates on prisoner release, reentry assistance, and record expungement. (More on that later.)

The Last Prisoner Project is leading the effort in Washington D.C. to ensure that any federal legislation that legalizes cannabis also has provisions in place for restorative justice. They also work closely with the White House’s pardon working group and the Office of American Innovation to expand clemency guidelines to include victimless cannabis offenders. To learn more about their initiatives on a federal level, click here.

In their first year, LPP implemented direct services in three states: California, Colorado, and Hawaii. Since then, they’ve engaged in policy reform in ten others (Maryland included), and LPP already has their eyes set on a few key states next year, including Oregon, Washington, Nevada, and Florida. See the photo below for a state-by-state breakdown of the Last Prisoner Project’s efforts.

For an idea on the types of initiatives they focus on, here’s what the Last Prisoner Project has done in California, Colorado, and Hawaii so far:

While the LPP does great work, there are things you can do right now to legalize cannabis in your state. Read our blog to learn more.

Currently, the Last Prisoner Project’s programs fall under three umbrellas: prisoner release, record clearing, and reentry programs. While a core focus of their work is to release incarcerated cannabis prisoners, data shows that most released prisoners fail without proper resources in place. That’s where the other two programs (record expungement and reentry programs) come into play.

Here’s more information about both of those:

In addition to these programs, a portion of the Last Prisoner Project’s funding goes directly to education in two ways. First, they donate money to prisoners who are pursuing education. Second, they donate to the children of incarcerated individuals who are in need of financial aid while their parent is incarcerated.

Since their inception, the Last Prisoner Project has advocated for countless prisoners, including Michael Thompson and Richard DeLisi. Michael Thompson was imprisoned in 1994 for selling cannabis to an undercover officer and, until he was granted clemency and released from prison in early 2021, he sat behind bars for over two decades. Now that he’s been released he wants to be a voice for incarcerated people just like him, and be an advocate for prison reform.

The efforts are still ongoing for Richard DeLisi, who was sentenced to 98 years in prison for trafficking cannabis into the state of Florida in 1988. He is currently the longest actively serving non-violent prisoner in the United States for cannabis. Although good behavior and a good time credit have his release date slated for August 2022, there is currently a petition in place urging Governor DeSantis to grant executive clemency. Read more about him on the LPP blog.

To learn more about the other individuals the Last Prisoner Project is advocating for, keep an eye on their blog and read more about each of the 29 currently incarcerated individuals you can connect with through the LPP letter-writing program here.

If you want to support the Last Prisoner Project, you’re in luck -- there are many ways you can make an impact. Follow them on social media (super easy!), subscribe to their newsletter, or volunteer. One easy way you can directly reach one of the many victims of the War on Drugs is through LPP’s letter-writing program. They’ve created a PDF with the names, addresses, and stories of currently incarcerated cannabis prisoners. By writing them a letter, you can brighten their day and let them know that you’re thinking of them. Who knows? It could turn into an ongoing correspondence!

If you prefer to make a monetary donation, the Last Prisoner Project makes it easy to donate on an individual or corporate level. 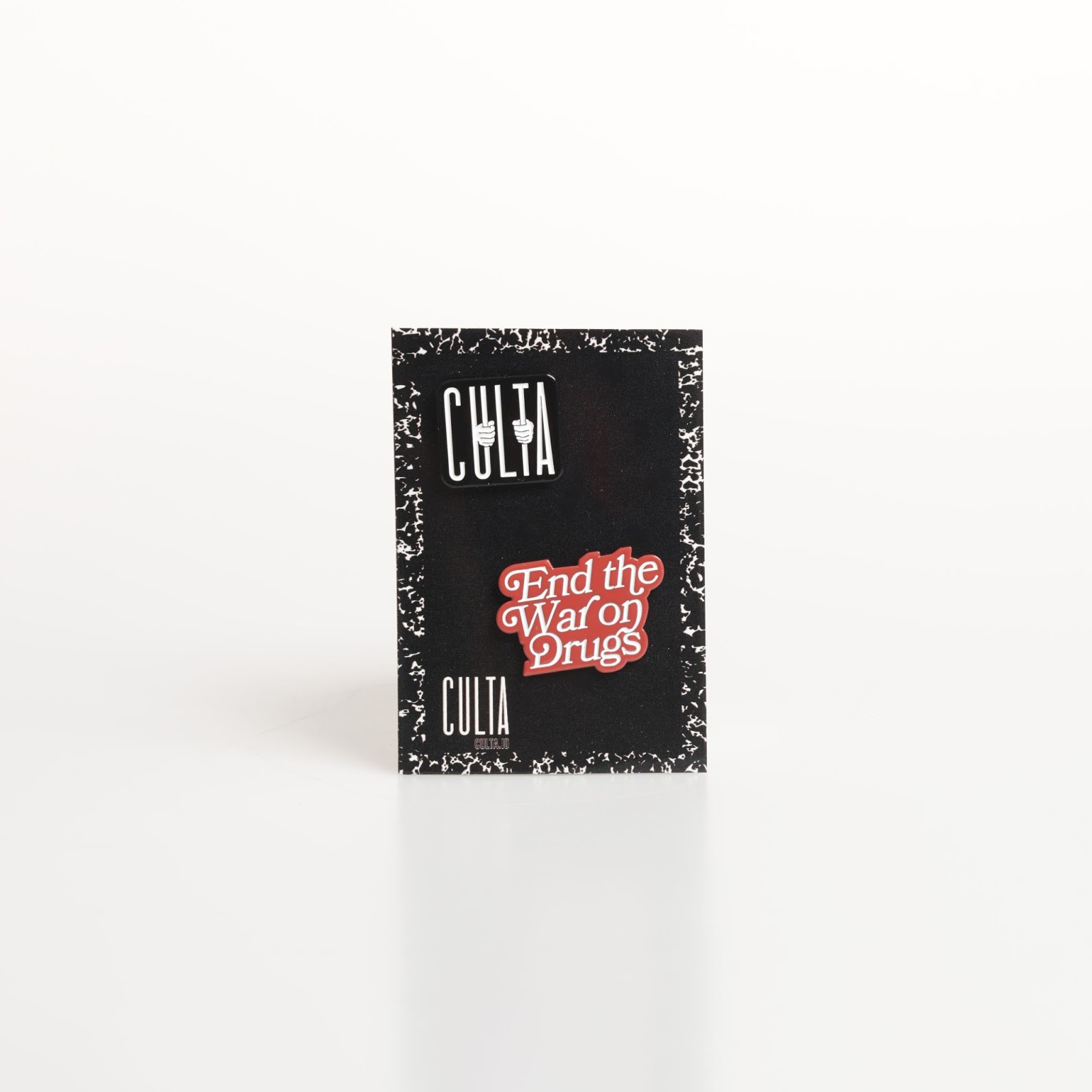 CULTA works closely with the Last Prisoner Project and supports cannabis criminal justice reform on a federal level. We donate a percentage of all CULTA apparel purchases directly to this important organization and believe in the power of cannabis to heal and for cannabis to be the catalyst for a long-overdue conversation on ending the war on drugs. Whenever you make an apparel purchase from us, you can feel confident that you’re supporting the fight against the War on Drugs. Browse our selection of apparel here.

Tissue Culture in the Cannabis Industry

After two years of planning and preparation, CULTA is excited to announce that we took our first tissue culture clones in April 2021. If you’re ...

May 20th is World Bee Day, and the purpose of this day is to acknowledge the role bees and other pollinators play in the ecosystem. In addition to ...

Cannabis Legalization in Mexico: What You Need to Know

Currently, Mexico is the world’s fourth-largest producer of cannabis. According to data from the UN and the DEA, Mexico produces over 25,000 tons of ...