Six Celebrities with Companies in the Cannabis Industry

In October 2021, news broke that Justin Bieber is entering the cannabis market with a release of pre-rolls called “Peaches,” named after a hit song from his most recent album. The limited-edition pre-rolls were crafted in partnership with a California-based pre-roll cannabis company, and a portion of the sales will be donated to both the Last Prisoner Project and Veterans Walk and Talk.

Bieber’s announcement may have garnered tons of press, but he isn’t the only celebrity who has entered the growing cannabis industry. From Snoop Dogg to Martha Stewart, here are six celebrities who have quietly expanded their entrepreneurial reach into the legal cannabis market.

Snoop (real name Calvin Broadus) is perhaps one of the most vocal celebrity advocates for cannabis legalization. He released an electric vaporizer with G-Pen in 2013, and in 2015 unveiled his line of cannabis, Leafs by Snoop, in Colorado. Since then, he’s started the cannabis-focused digital media platform Merry Jane and co-founded Casa Verde Capital, a venture capital firm that focuses on the cannabis industry. He’s also part owner of Canopy Growth. Rumor has it that he also helped convince Charles Koch to back a coalition for cannabis legalization on a federal level. Thanks, Zoom!

Most recently, Snoop joined forces with Cookies to release The Doggy Bag, an indoor cannabis strain that was cultivated by Cookies x Grandiflora.

Snoop and Martha are not-so-secret BFFs IRL, so it makes sense that Martha Stewart would eventually venture into the cannabis wellness industry. Her line of CBD products, made in collaboration with Snoop’s Canopy Growth Corporation and Marquee Brands, went nationwide in 2020 with a massive retail expansion. The Martha Stewart CBD offering includes oil drops, soft gels, and gummies, all of which can be found in gourmet flavors inspired by Stewart’s favorite recipes and ingredients. A Martha Stewart CBD line specific to pets launched in early 2021.

Yes, that Dick Wolf. The creator of the wildly successful Law & Order franchise invested $1.5 million in a company called DigiPath in 2014. DigiPath is a publicly-traded independent laboratory testing and media firm that provides cannabis safety and potency testing for companies in the cannabis industry. The investment was highly publicized, with some close to Wolf claiming he may have been the victim of fraud. Regardless of the controversy surrounding the investment, it’s evident that Wolf had confidence in both the company and in the future of the cannabis industry as a whole.

Rogen and his creative partner, Evan Goldberg, launched their Canadian cannabis brand Houseplant, in 2019. Since then, the brand has expanded to the United States and, per an official press release, is the “result of years of experience and dedication, with each element and expression thoughtfully designed to make it easier for people to learn to love cannabis as much as Houseplant does.” In addition to cannabis, the brand also sells home goods, including ashtrays, lighters, pottery, and matchstick sets.

In 2020, Kristen Bell launched Happy Dance™, a line of CBD skincare and bath products intended to help moms look and feel their best. Her line includes CBD-infused moisturizers, body butters, coconut melts, and bath bombs, and is on a bigger mission than just self-care -- 1% of all proceeds are donated to A New Way of Life Reentry Project, a Black‑owned LA‑based 501(c)(3) organization that provides housing, legal services, advocacy, and leadership development for women rebuilding their lives after prison.

In 2015, Jim Belushi purchased a 93-acre farm along the Rogue River in southern Oregon after he fell in love with the land. Fast forward to 2021, and he has 200 cannabis plants in each of his four greenhouses, three signature brands (including one affectionately named “The Blues Brothers”), and a growing passion for all things cannabis farming. He even provides fans with a behind-the-scenes look at what it’s really like to build a cannabis business from scratch in his reality show Growing Belushi. Belushi also works closely with the team at the Last Prisoner Project, an organization that CULTA loves supporting, too. 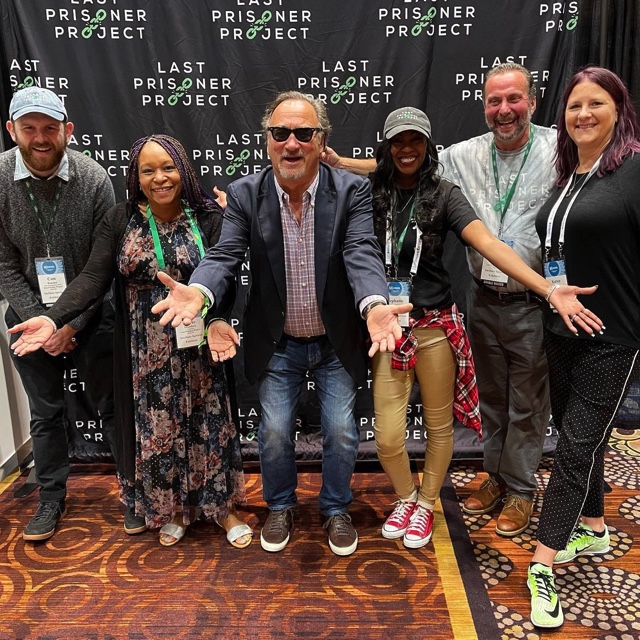 CULTA may not be as internationally famous as Snoop Dogg, at least not yet, but we’re dedicated to revolutionizing the medical cannabis industry in Maryland. Since we formed in 2015, we’ve launched an apparel line, started the state’s first cannabis tissue culture program, doubled the footprint of our outdoor cultivation center in Cambridge, and have worked hard to bring high-quality cannabis, including Cookies, to our patients. Thanks to you, our patients, for making us one of the most famous cannabis brands in Maryland!

We’re excited about what the next six years have in store for CULTA -- are you?

Want to Work in the Cannabiz? Here are Six Jobs to Consider

If you want to get your feet wet in the cannabis industry, a great way to do so is by being hired for an entry-level position. Since you can’t ...

Fall may be synonymous with apple picking, pumpkin patches, and sweet potato casserole, but did you know that October is when 80-85% of the cannabis ...

In case you missed the announcement, we recently partnered with Old Pal, a popular cannabis lifestyle brand. We’ve been fans of Old Pal for a while, ...